On the night of April 1 landmarks around the world Light it Up Blue.

Which landmarks you ask? 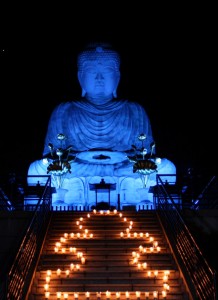 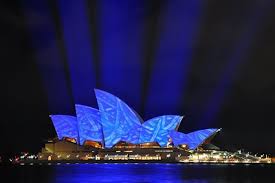 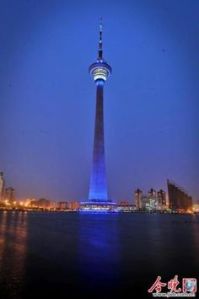 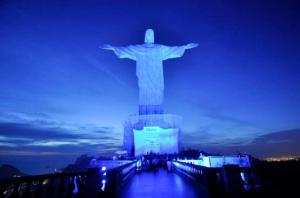 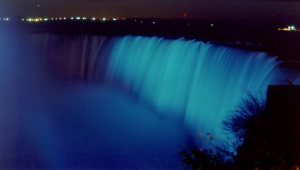 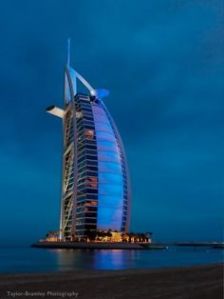 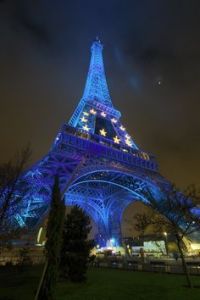 Those are only a few.  This year over 10,000 buildings and structures have registered to Light It Up Blue for autism awareness including Egypt’s Great Pyramids.

Here is where the problem lies.  Some folks will not participate in Light it Up Blue because it was created and promoted by Autism Speaks. From the Autism Speaks website, “Autism Speaks was founded in February 2005 by Bob and Suzanne Wright, grandparents of a child with autism. Their longtime friend Bernie Marcus donated $25 million to help financially launch the organization. Since then, Autism Speaks has grown into the world’s leading autism science and advocacy organization, dedicated to funding research into the causes, prevention, treatments and a cure for autism; increasing awareness of autism spectrum disorders; and advocating for the needs of individuals with autism and their families. We are proud of what we’ve been able to accomplish and look forward to continued successes in the years ahead.”  (https://www.autismspeaks.org/about-us)

As with any great organization there are detractors, wherein lies my personal struggle.

When we received our diagnosis and I googled ‘autism,’ Autism Speaks was the first choice I clicked upon.  I was presented with a great amount of information and help.

Must of the money raised by Autism Speaks goes toward research that is focused on finding a way to eliminate autism.  Thus making the ‘statement’ that something is wrong with people who have autism.

How do I feel about that?  Ugh.  There is a constant push and pull in my brain about whether I would choose to ‘cure’ autism.  Autism does make Tucker who he is…and I love that.  However, when I see him struggling and frustrated?  I would like autism to go away.  As most parents – I don’t want him to hurt or struggle.

When I think about this I often think of parents who have children further on the spectrum than my own.  I can only speak for my experience.  If my child couldn’t talk?  If he couldn’t go to school?  If he couldn’t feed or dress himself?  I can’t say…I just can’t say, either way.

Autism Speaks does not have a single autistic member on their board.

True.  Upon further investigation and reading of the biographies listed here is what I found about board members and staff.

So, no – none of these people have autism directly.  Of the 30 persons listed directly on their website, 13 self-disclosed a child, grandchild, or family member who has autism.  The other members had backgrounds in finance, marketing, education, law, and medicine.

Do I think having a person with autism on the board would make sense?  Sure.  Is it a deal breaker?  Not for me.  When reconciling in my brain I consider our Cabinet – maybe this will help put it into perspective.

I could go on through the entire Cabinet – but I’ll save you the boredom.  I think my point is made.  Yes, I think it would be great for a person with autism to serve on this board – but is it a necessity?  I don’t know.  I think I would be pretty qualified to serve on this board, seriously – how about a mom/teacher/blogger from the middle of Iowa (wink, wink)?  At the same time, I think if someone asked Tucker he would think it was a complete waste of his time.  He’s too busy living and just being himself.

Autism Speaks only spends 70% of their budget on services.

While Autism Speaks is much bigger and has a larger staff than both of those organizations, the difference in money spent on “current officers, directors, trustees, and other key employees” is striking…the Autistics Self-Advocacy Network spent just $65,000 on this class of employees. That was to cover the salary of its president, Ari Ne’eman. In comparison, the former president of Autism Speaks, Mark Roithmayr, had a salary of $436,314.” (http://www.thedailybeast.com/articles/2014/06/13/autism-speaks-but-should-everyone-listen.html)

Do I think $426,314 is ridiculous?  I sure do – I’m not sure ANYONE is worth that amount of money.  However, when considering the background of those on the Board of Directors – it most likely pales in comparison to what they could earn in the ‘for-profit’ world.  These are folks came from the likes of BNY Mellon Wealth Management, Deutsche Bank, Samsung, Merck, Estee Lauder, Miami Dolphins, New York Jets, Jet Blue, Goldman Sachs, SiriusXM, Fox Sports, Allstate, Ford, GM, BMG, Cantor Fitzgerald & Co., FX Network, and American Express to name a few.

Do I think it’s right that so much money is spent on staff salaries and benefits?  No.  Is it necessary to have the type of reach that Autism Speaks has?  Probably.

The problem, to me, seems more systematic.  It’s a larger issue than just Autism Speaks – it’s how lobbying, advocacy, legislation, research, and social movement have come to intersect.

So, I will choose to Light it Up Blue – because ANY type of advocacy, ANY type of knowledge dissemination, ANY amount of attention is good for helping others understand autism. 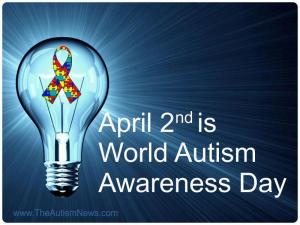