This past Saturday we celebrated my bonus daughter’s 16th birthday.  As part of birthday celebrations in our house the children get to choose whatever they want to eat – and I will make it.

There is a hilarious irony in all of it.  The children who live with us full-time ask for mashed potatoes out of a box (because I only make fresh) and Chips Ahoy cookies (because I only make fresh).  The children who don’t live with us full-time want homemade mashed potatoes and chocolate chip cookies. They also love to challenge me.  I swear they scour the Internet for months on end to find the most difficult recipes.  I’ve made a Cookie Dough Cake, I’ve made a three-layer confetti dessert (with cake, cheesecake, AND mouse), I’ve created a peanut butter cheesecake recipe – all in all, it’s fun.

Her request?  Black Tie Mousse Cake (which had four layers of awesomeness) and homemade ravioli with a sun-dried tomato cream sauce.  The homemade ravioli is a fun ‘Friday night’ activity in our house.  I make the dough and then we have all kinds of fillings. We let the children fill their own ravioli with combinations of chicken, ricotta, steak, blue cheese, romano, asiago, spinach, mushrooms – it’s intensely yummy.

This year my hubby told me he really wanted to help in the process.  We decided since we had some extra guests that we would fill the ravioli and people would just have to choose from:  four cheese, chicken four cheese, sausage ricotta, spinach mushroom, and artichoke spinach.  We love cooking and entertaining together so I was quite excited that we would get to spend the afternoon in the kitchen.  Good cooking, great love, good drinks, and great music.

The dough was finished and we split up the jobs.  I would roll and he would stuff.  I’m very lucky in that I have a pasta attachment to my Kitchen Aid mixer, so making dough thin enough for ravioli isn’t that difficult (at least not anymore – I used to roll for HOURS).

Let me set the scene as the process began…

He looked at me and stepped back from the counter.  I noticed he had sweat beads rolling down his face.  “I can’t take this…I have Sudden Onset Spectrum disorder.”

I burst out in laughter.

He said, “No, I’m serious.  I can’t take this.  I’m hot. That mixer is loud.  Kids are in and out of this door.  There are so many fillings I can’t decide how many ravioli to make from each filled. The music is loud.  I’m hot.  It’s loud.”

Throw him the life-preserver!!! 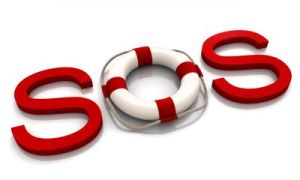 As he took off one layer of clothing I put away all of the fillings.  I directed him to just fill one at a time.  I turned off the Kitchen Aid when I wasn’t using it.  I opened the door and told the children to just leave it open (to avoid the open/close noise).  I opened a window.

The point of this post?  It’s not about him – but it’s about his experience.  We are ALL on the spectrum to a certain degree – it’s just how often the spectrum detracts from our normal functioning.  At that moment – it was detracting from not only his quality of life, but his ability to function.