You may have already noticed that I use the term ‘social cues’ in this blog.  Of all things we experience with our child on the spectrum, this could be the most difficult.  What are social cues?

Simply put, he has difficulty noticing and responding to others around him.  He doesn’t pay attention to others.  It affects his (and our) life in many ways.  Throughout this journey you will read about the misinterpretation or social cues many, many times.

Not following social cues makes parenting, and well pretty much everything more difficult.

Well, and to be very honest it can also make parenting, and well pretty much everything more comical.

Tucker HATES wearing jeans.  I don’t mean that he thinks they are uncomfortable, I mean I bribe him. Serious bribing of cash – he won’t do it for more screen time or a trip to the DQ (even if I tell him he can get the large size).  Cash.  Straight cash.  So we save the jeans battle for Christmas and Easter. Trust me, dress pants aren’t worth it at all.  That is a fight not worth fighting.

Early on I realized this would be a losing battle.  I uttered the words that will make parents on the spectrum laugh out loud, “Tucker, the other boys are wearing jeans.  I just want you to fit in.”

His response? “Why would I care what the other boys are wearing, they don’t feel good.”

Point, Tucker.  I wish we were more like him.

One of my favorite moments was when a relative was trying to correct his behavior and said to him, “Tucker, do you see the other children doing that?” 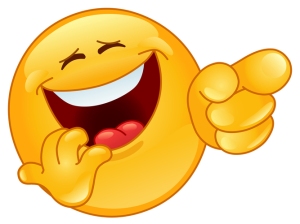 Nope.  No.  Nada.  Negatory.  He doesn’t.  Even if he ‘saw’ the other children he wouldn’t recognize their behavior as good, bad, or somewhere in-between.  He doesn’t judge other people – he can’t, it’s not within him to notice others.  His brain is too busy trying to filter his surroundings and simply exist.  He does not pay attention to how others are behaving, how they are speaking, how they are walking.  He does his own thing.

I think about this EVERY Sunday during worship.  Most likely because I grew up going to church and getting ‘the look’ from my mom.  She is infamous for that look.  My friends, my cousins, my brother, jeepers…even my own children know ‘the look.’  I sat.  I was quiet.  I behaved.

That ‘look’ doesn’t do anything to Tucker.  Hmmmm….now that I think about it – maybe it’s payback for giving me the look all those years?!?!?!

You know that child that talks during worship?  That child very well could be on the spectrum.  Trust me, it’s true.  Tucker is 12 years old.  Nearly every Sunday he goes to worship. He still talks out loud.  It doesn’t matter to him, he has something to say.

No matter how many reminders – it just DOES NOT MATTER!!!! Even if I had ‘the look’ it wouldn’t matter. He would say out loud, ‘Why are you looking at me like that?’ So, in my quest to make good out of frustrating moments I compare it to Jesus (especially since I’m in church).

He went against the grain.  He didn’t behave.  He spoke up.  He was excited to evangelize.

So, at 9:38 AM when Tucker says (in a normal voice) “Mom, what time do the Vikings play?” I respond in a quiet voice, “They play at 12 PM, remember to use a quiet voice.”  Then he will, for the next ten minutes…